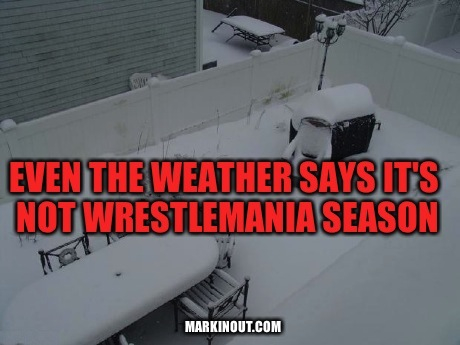 It felt like WrestleMania season for a little bit…But not anymore.